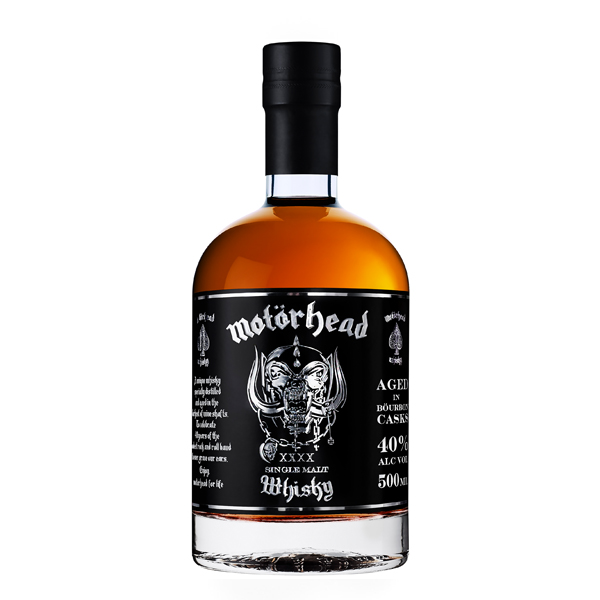 The long lived Motörhead Single Malt Whisky, created by the band and distilled by Swedish top whisky creators Mackmyra and a long-standing favourite with both fans and connoisseurs, is looking at its last and final release.

A passion project for the band – fronted by lead singer Lemmy Kilmister – the original recipe has continued to mature and improve uninterrupted in the barrels since 2008. After first release in 2015 and five years on the market, the blend has come to an end with the last barrels being produced as a Special Release Last Batch in smaller 50cl bottles. This means more fans can lay their hands on a piece of Motörhead history before they’re out of stock, and this is one bottle they won’t want to miss out on. With the extra years aging in oak barrels, this final bottling is whisky of an exceptional quality and smoothness, yet still distinctly recognisable as Motörhead Single Malt Whisky – or as we called it – Swhisky.

There are still a few remaining original 70cl bottles available, but when they’re gone, that’s the saga come to an end. Stone Dead Forever, or, one could argue Killed By Death.

Mackmyra Master Distiller Angela D’Orazio says: “Creating a whisky with legendary rock band Motörhead was a dream come true and it’s been a blast. But all good things must come to an end, even a great whisky like this”.

Mikkey Dee, drummer of Motörhead says: “The only problem with this last release of whisky is the size of the bottle. With whisky this good I’d prefer it to be in multi-gallon containers. This is not the end for Motörhead and whisky though – we’ll be working on something else that will proudly continue this spirited legacy”.

For Motörhead Spirits, nostalgia is not on the table. Only time can tell what’s next, but we can all rest assured it will be a no bullshit, no compromise and take-no-prisoner affair, as you would expect from the loudest band on earth.

Lemmy’s words from Motörhead classic “Ace of Spades” have never rung more true: ‘…that’s the way I like it baby I don’t wanna live for ever…’

Motörhead Single Malt Whisky Special Release is released on December 7:th at Systembolaget and will retail for SEK 499.